Welcome to the home page of Dr Suzy Walton

Suzy Walton is a multi-sector Board Director with international Chair experience. She has expertise in  governance, regulation, health, science, education and human behaviour. She is qualified as a Chartered Occupational Psychologist, Chartered Scientist and Chartered Director.

She had an Executive career as a Senior Civil Servant in central government serving in the Ministry of Defence, the Cabinet Office, the Prime Minister’s Strategy Unit and the Department of Trade and Industry. She obtained a PhD from classified MoD research.

Suzy had earlier careers as a producer, presenter and editor for Sky News, the BBC and LBC Radio. She was also a West End actress playing a leading role for three years in the award winning play “Children of a Lesser God.” As well as holding a PhD, Suzy was awarded an Honorary Degree from the University of Westminster. She is also the proud mother of seven children.

Suzy’s experience in the arts and sciences, with careers in Whitehall and the West End, combined with raising a large family makes her a powerful speaker. She has spoken in many settings including the House of Commons, Chatham House, the 30% Club, the IoD convention at the Royal Albert Hall and the Bank of England as well as in schools and businesses. During the COVID-19 lockdown she interviewed Sir John Scarlett, former head of MI6, in a live webcast for the Royal Society of Medicine. More recently she was a co-chair for a global governance conference which was the first of its kind running for 24 hours in all time zones. 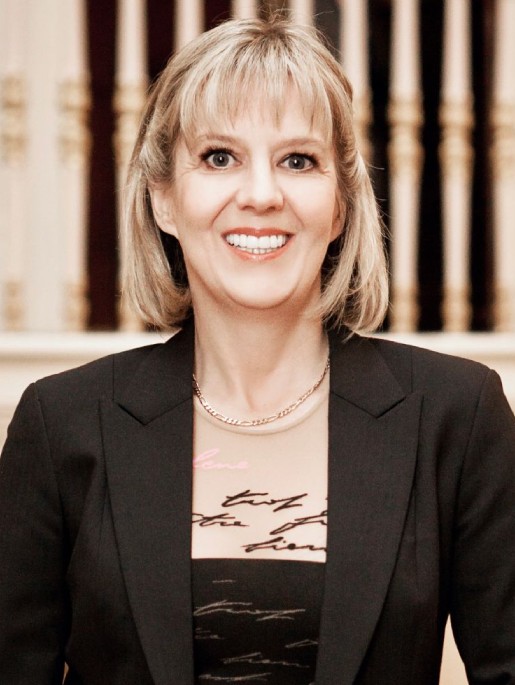 “Suzy spoke at GNDI’s global conference, chairing a panel on governance trends. Our conference was unique – it ran for 24 hours in all time zones around the world. Suzy was a great host and very professionally juggled speakers, a production team and a studio - all on different continents!”
Rahul Bhardwaj, Canada, Chair, GNDI 2022
“Suzy delivered a powerful and thought provoking speech showing that anything is possible if you have courage – an excellent addition to any event programme.”
R. Leach, North West Ambulance Service 2018
“Thank you very much for coming to the University of Hertfordshire to talk to us. I genuinely felt moved and absolutely inspired by your life and work. You have made my experience on the programme so much more valuable and I hope to have an ounce of the strength you have going forward.”
LB, Marketing Undergraduate, University of Hertfordshire 2017
“Suzy was Chair for the inaugural event in London of the KPMG forum Women in Aerospace, Defence and Intelligence. We had an international audience across government, the military and industry including guests from the U.S.Air Force and the Pentagon. Suzy chaired the event skilfully including sharing her own reflections on key issues in relation to women in leadership.”
Jonathon Gill, Partner, KPMG 2016
“Suzy spoke again at our Annual Convention at the Royal Albert Hall. As before – she was a phenomenal success!”
Simon Walker, Director General, Institute of Directors (IoD) 2015

“Suzy gave a talk in London at the 30% Club. She believes you don’t always need a plan to succeed. She shared how she came to prominence in a number of professions – not through setting a strategy – but through a series of ‘lucky escapes’. Where one door closed another opened and Suzy exploited it. Our audience loved Suzy’s keynote. She was engaging, humorous and brutally honest. I’ve never before introduced someone where my opening line is “between us we have 15 children…..!”

“Suzy spoke at our Convention at the Royal Albert Hall and chaired a panel of global business leaders. With an audience of two thousand it’s challenging for any speaker. Suzy handled it with flair and panache. Suzy also spoke at our Women in Business conference in Pall Mall. Many found Suzy’s talk to be exceptionally motivating. On both occasions she was terrific.”

Simon Walker, Director General, Institute of Directors (IoD) 2014
“Suzy hosted an inspiring session entitled ‘Overcoming Challenges and Building Resilience’ drawing extensively on her own remarkable experiences and insight. We found her incredibly open and approachable. A very enjoyable and unique session.”
Sue Wilson, Chair Diversity and Inclusion, the Bank of England 2014
“Many thanks for last night. Everyone was impressed by your positive attitude and your determination to succeed: this kind of role-modelling is so important to give people the courage to make the most of their lives and to overcome things that can get in the way. Female role models such as yourself are very important to help us become more equal and more inclusive – particularly at senior levels.”
A J Walker CPFA FCIPD, Director General HR & Change, House of Commons 2013
“Suzy was an inspirational voice at a major conference we ran. Her openness and experience make her an articulate role model for women in leadership and those aspiring to be leaders. She was also very approachable, spending time with our delegates, speakers and staff, and being a guest blogger on our website. This is a valuable combination: a member of the boardroom who remembers what it takes to build your career.”
Ruth Wilson, Director, GetSet Women Conference, QEII Conference Centre, Westminster, London 2010
“Suzy talked to our women’s network about the barriers she’d overcome in her various careers and on body language techniques that anybody can use. We found the talk ‘Climbing the Glass Cliff’ inspirational and at the end she had everyone in the room using the techniques in a simulated briefing to 400 bagpipe players – a memorable day!”
Sarah Bryant, Senior Executive, London Borough of Barking and Dagenham 2008

“A high-flying civil servant, Suzy overcame many of the barriers that prevent working mothers getting to the top.”

The Guardian 2008
“Many thanks for the session. You were truly a hit. The impact you had was one of awe – for what you had achieved, the amount you had crammed into your life and that you were still human!”
Janet Waters and Pauline Dixon, National School of Government 2004
“Thank you so much for coming. The sensitive and analytical way in which you presented gave the girls an extremely clear view of the ways they could improve. Your coverage of technique, public speaking, the cut and thrust of debate etc were all excellent in providing the girls with feedback. To have someone who has achieved so much provides an awe-inspiring role model to have someone who has managed to combine a variety of roles with being a mother of three gives the girls an excellent example of what they too can achieve.”
Dr Yvonne Burne, Headmistress, City of London School for Girls 2004

Dr Suzy Walton – stills from work as a speaker & facilitator 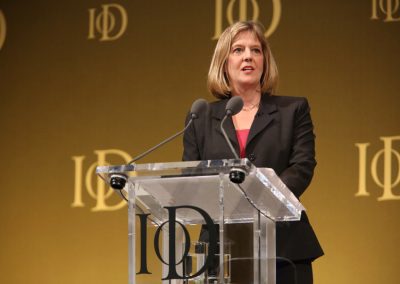 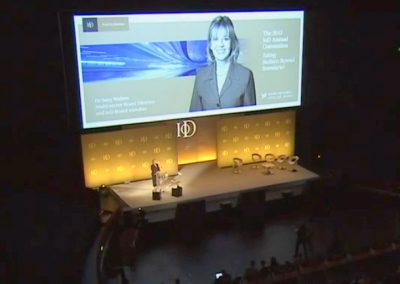 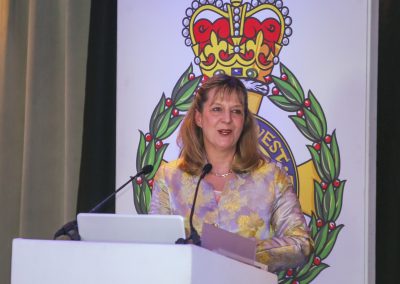 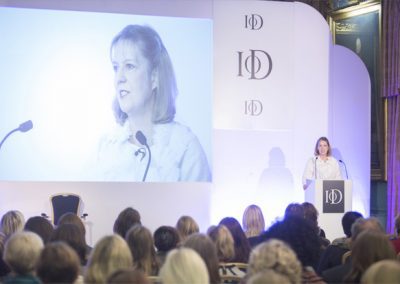 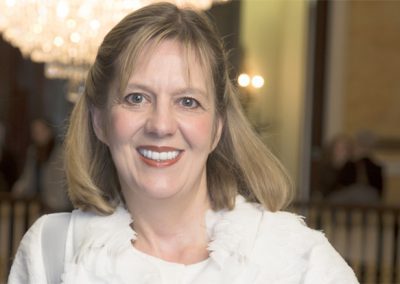